Elton Jantjies not bothered by the expectations on the Lions 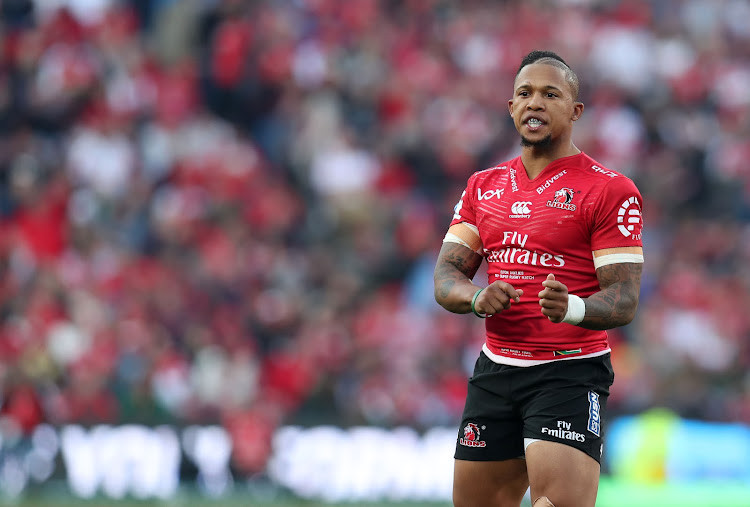 Having been beaten Super Rugby finalists two years in a row‚ naturally distinct opinions will be formed around the Lions and their ability to go one better this year.

The attention‚ warranted or otherwise‚ doesn’t bother Elton Jantjies‚ a player quite accustomed to sailing headlong into the prevailing tide.

“I suppose there will be expectations from the outside for us to become the South African team to win Super Rugby‚” said Jantjies on Tuesday.

“People have their own expectations but for us as a group we need to stay in the moment.

"We can’t look too far ahead‚” he said in the build up to Saturday’s opener against the Sharks at Ellis Park.

Putting public opinion aside‚ what do the Lions believe they should do to go one better this year?

They topped the points table last year and may well have won the final had they not been reduced to 14-men for the bulk of the game.

“We need to do everything better. All aspects of the game‚” Jantjies said in a sobering tone.

“We are gonna have to do it better than we’ve done it before.

"Everybody is going to prepare for the Lions.

"Everybody is going to have a theory about how to beat the Lions.

"We have to prepare for every eventuality.

"We are going to be tested across the board.

"We need to know what our strengths are and stick to it.”

With Swys de Bruin being elevated to the position of head coach‚ Jantjies believes not much has and will change.

“It is the same feeling‚” he said about this build up compared to the previous two.

"Besides‚ as a team we have a way of how we play.

“Given the fact that we have the same group of senior players it will be easy for the coaches to slot in.

"They’ve been involved in the junior structures and the SuperSport Challenge.

"It is about them now finding their feet in the senior structures.”

With De Bruin in charge‚ not much changes for Jantjies either.

The flyhalf can be a finely strung player‚ with a susceptibility to minor adjustments of shifts around him.

If anything‚ De Bruin’s elevation is reassuring.

“Coach Swys has been a big part of it for me over the last three‚ fours years‚ in the way I want to play and how I do things.

"We are very familiar with each other.

“Nothing changes for me. Everything is similar.

"I always strive to become a better rugby player and make better decisions. I’ve been working on a lot of areas of my game.

"I’m by no means a complete player.”

He will certainly be in the combative Sharks’ crosshairs this weekend.

As the Lions’ backline ringmaster‚ Jantjies’ fortunes are inextricably linked to the momentum of the team.

“The Sharks won’t be easy but the main message for us is to focus on us.”

The Stormers‚ perhaps in a sign of the austere times at the union or possibly in an innovative move‚ have doubled up coaching roles with Paul Treu ...
Sport
4 years ago

Stormers coach Robbie Fleck is relaxed about his position at the franchise despite increasing pressure on the Cape Town side to deliver some ...
Sport
4 years ago