Ruthlessness and consistency key to SA's Super Rugby contingent in 2018 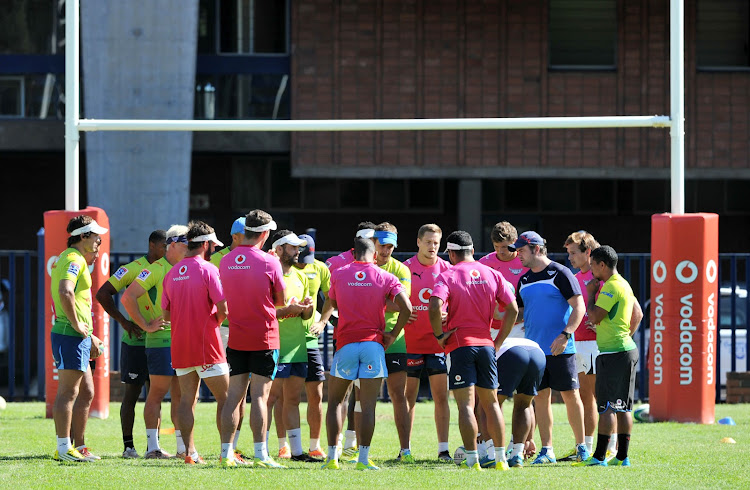 Although the South African Super Rugby contingent has been cut from six to four teams‚ there is no guarantee that it means an improvement in player depth at each franchise.

The Cheetahs and Southern Kings are still involved in PRO 14 rugby so little of their talent has been incorporated into the four remaining Super Rugby franchises – The Bulls‚ Lions‚ Sharks and Stormers.

Playing depth will remain an issue for all SA teams‚ especially when injuries inevitably set in.

The tournament structure has also reverted to its 2012-15 incarnation with 15 teams playing eight inter-conference and eight cross–conference games.

While the format is a return to something resembling strength versus strength‚ it’s still flawed as not every team plays all the others.

Each South African team for instance‚ will miss out on playing one New Zealand and one Australian conference team.

The other factor is that the fixture list can be penal to some teams and beneficial to others‚ which has always been the case in Super Rugby.

Until every team plays all the others on a home and away basis‚ the match schedule will always come under scrutiny.

But compared to the laborious mess of 18 teams over the past two seasons‚ the format is an improvement.

With only one play-off place reserved for the SA Conference winners (as opposed to three previously)‚ making the quarterfinals to require more ruthlessness and consistency from all teams.

The top team from each conference will go through and the next five best teams on the log also progress to the post season.

It partly eliminates the farcical situation of having teams with fewer points qualifying for the post season because they have been ring fenced in a conference.

In theory though‚ the top SA teams could have fewer points than the third best NZ team‚ but at least that Kiwi team should still make it to the play-offs.

The Bulls are the only SA team to have won Super Rugby but they are as far away from the 2007-2010 glory years that coach John Mitchell is from mastering Afrikaans.

The former All Black head coach has been whipping the Bulls into shape and they have enjoyed a good pre-season with no serious injuries. Signs are positive that happier times may return to Loftus.

Their fixture list is tricky though‚ starting a week later than the rest of the SA teams‚ the Bulls then take on the Hurricanes and Lions at home followed by a tough Australasian tour that includes combat against the Chiefs and defending champion Crusaders.

To say that winning their opening two home matches is crucial would be an understatement.

The Bulls should improve on last season but they still appear several world-class players short of being contenders.

The Lions’ biggest challenge in 2018 will be how they overcome losing inspirational coach Johan Ackermann.

Swys de Bruin was a successful assistant but can he translate that to the top job?

The Lions were weak in a poor Currie Cup last season‚ but they were also far from playing at full strength.

The Lions will have all their top players back but even so‚ there is a sense that this is a transitional year for the franchise and it might not all be plain sailing.

The mood of the season could depend on the opening game against the Sharks at Ellis Park.

Win that and they are off with a good run of games in SA before hitting the road.

The fixture list is reasonably kind to the Lions‚ which includes playing two Aussie teams on tour and only one NZ outfit – the Hurricanes.

Given the draw‚ the Lions have every chance of reaching the play-offs again.

On paper the Sharks appear to have the most rounded squad in the SA conference. They have a huge pack with skill in key areas‚ depth in crucial positions and some lethal outside backs.

In flyhalves Robert du Preez and Curwin Bosch they also have two stylistically opposite game breakers with the former enjoying the gainline battle and the latter preferring to pull strings from deeper.

The Sharks’ pre-season was impressive and they have a decent fixture list.

The Sharks start away to the Bulls‚ followed by a bye and then have back-to-back home games against the Waratahs and Sunwolves. A three from three start to the campaign is likely and that should set them on their way.

They follow that with a tour that sees them play the Brumbies‚ Rebels and Blues.

It’s as straightforward as Super Rugby tours get and could have them in a strong position by midway through the campaign.

The Stormers are always hard to beat at home but six of their first nine matches are away and that could end their season by the halfway stage.

It’s a brutal fixture list that starts routinely enough against the Jaguares at Newlands before a tour that sees the Stormers play the Waratahs‚ Crusaders and Highlanders.

Robbie Fleck’s side also go into the season with a lengthy injury list – Eben Etzebeth‚ Frans Malherbe‚ Jano Vermaak and Jean-Luc du Plessis won’t be available for months. Others such as Pieter-Steph du Toit and Sergeal Petersen are also doubtful for the opening weeks.

The 2018 campaign is going to be a hard slog for the Cape side‚ but if they can stay close to the top of the standings in the first half of the campaign‚ they have a chance of making a late play-off run.

Sharks fortunate to have someone like Phillip van der Walt

The Sharks have to slay last season's demons very quickly and they're fortunate to have someone like Phillip van der Walt to help them do that.
Sport
4 years ago