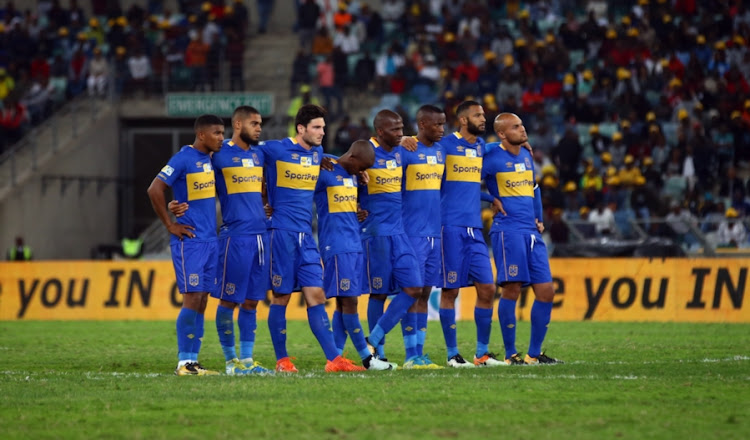 Benni McCarthy will hold individual meetings with his senior players this week – some of whom‚ he has said‚ “need a slap or two” – to get to the bottom of a slump for Cape Town City as they begin the defence of their Telkom Knockout title.

City have lost twice in the last week since being beaten on penalties in the MTN8 final. The rookie coach admits he is flummoxed as to the reason for defeats at home to Bloemfontein Celtic last Tuesday and at Chippa United‚ where City led at half time‚ on Sunday.

“This week is just going to be about us having meetings and seeing where the problem is or what the problem is‚” said a frustrated McCarthy‚ whose side are away at Baroka FC in the first round on Sunday.

“I’m not going to even be too bothered about training. I think the team is fit.

“After the final I don’t know what happened – everything is just crumbling down. Maybe it’s not yet getting over that final that we should have won or other unanswered questions.

“I’m going to have to try and find out. A lot of meetings this week!”

It will be a test if McCarthy’s acumen as a coach to put some zip back into his side‚ who face a long trip to Polokwane to meet Baroka in the Telkom Knockout last-16 on Sunday after their trip to East London to lose 2-1 to Chippa in the league.

“We were again dominant in the first half and you think you get through to players. All I said to them before the second half was not to get sucked in‚ ride the wave and play our usual game. Relax and don’t concede‚” McCarthy said.

“But they just went to sleep‚ man. As a coach you have to be responsible with what you say but I think our senior players need a wake-up call sometimes. A good slap or two!

“I couldn’t believe what happened. It seems the team just stayed in the dressing room and I didn’t know who came on the field for us in the second half.

“We don’t seem to get back into it once we go behind. I don’t know if I can blame myself. What can you do if your team doesn’t pitch up?

“Some senior players have to start taking responsibility. They are not kids anymore. I’m tired of making excuses for them‚ players also have to stand up and be counted.”

Teboho Moloi headed home for a few days’ break in Johannesburg after finally breaking his duck as new coach of Chippa United but faces his toughest ...
Sport
4 years ago

Oscarine Masuluke might have missed out to Olivier Giroud for Fifa’s Puskas Award for the best goal scored in the world in the past year‚ but he ...
Sport
4 years ago

Stanley Menzo says his Ajax Cape Town side played its best football of the season in the first half of its 2-1 home win over Bloemfontein Celtic on ...
Sport
4 years ago