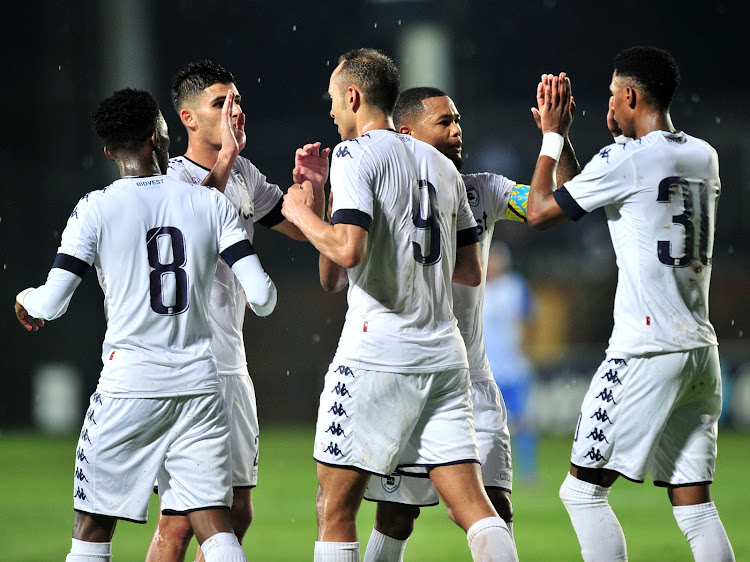 BidVest Wits and SuperSport United are virtually certain of facing Angolan opposition in the next round of their respective African club competitions‚ providing a difficult path to the pool stages for the duo.

Wits‚ competing in the African Champions League‚ look certain to face top Angolan side Primeiro de Agosto‚ who hold a 3-0 lead from the home leg of their preliminary round tie with FC Platinum of Zimbabwe.

Although they must still travel away‚ they are comfortably the more efficient side and it seems implausible they will give up that healthy advantage.

That is if Wits can hold on to their 2-0 advantage over Mauritian side Pamplemousse SC in their tie‚ though given their opponents offered little in the first leg that seems very likely.

Primeiro will represent a tough challenge for Wits against the club that has won the Angolan league for the last two seasons‚ with the victor in the tie moving straight into the group stages.

It will not be the first time the Primeiro have met South African opposition as they clashed with Mamelodi Sundowns in the 2003 version of the now defunct CAF Cup.

Both teams won their home legs 2-0‚ before Sundowns triumphed 9-8 on penalties in a marathon shoot-out.

Primeiro also clashed with Orlando Pirates in the pool stages of the Champions League in 1997 and won both games 2-1‚ an indication of their pedigree.

SuperSport United will face an equally challenging task in the second round of the Confederation Cup with Angolan outfit Petro Atletico certain to be their opponents.

Petro lead Masters Security of Malawi 5-0 from the home leg of their tie and it would take a comeback of extraordinary proportions for them to be beaten in the tie.

The teams have previously clashed in the competition in 2013 when SuperSport won 2-0 on aggregate after winning the home leg by the same margin.

South African sides have travelled to Angola on seven previous occasions and come back with a victory just once – when Ajax Cape Town beat Sagrada Esperanca 2-1 in the 2016 Confederation Cup‚ before throwing away the tie with a 2-0 home loss.

Both Petro and Primeiro are based in the Angolan capital of Luanda‚ providing easy access for the South African clubs.

Sundowns await the winner of the tie between Rayon Sports of Rwanda and LLB Académic FC from Burundi‚ with the latter claiming a surprise 1-1 away draw in the first leg to suggest they are favourites.

Cape Town City will face either Mozambican side Costa do Sol or Botswana outfit Jwaneng Galaxy in the next round of the Confederation Cup if they hold their advantage over Young Buffaloes.

The second legs in both competition will be played on either February 20/21.

Manqoba Mngqithi has offered an interesting insight into the appetite for study and homework of the coaches at Mamelodi Sundowns as he hopes for ...
Sport
4 years ago