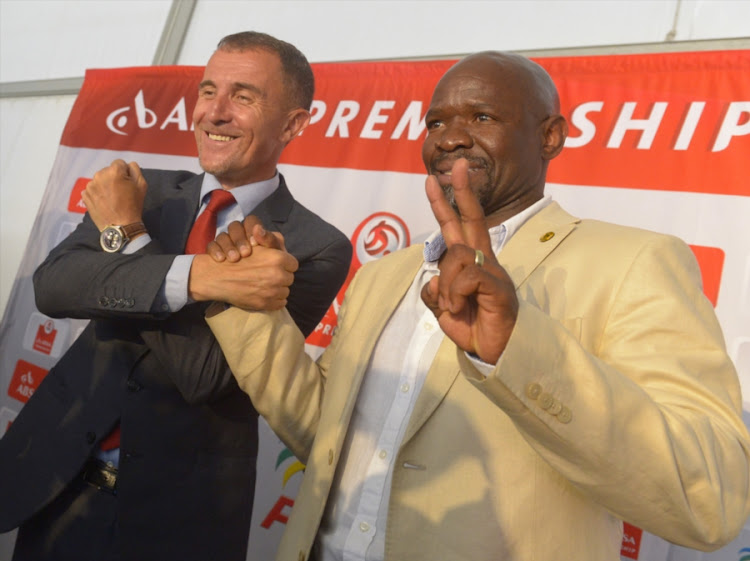 Kaizer Chiefs coach Steve Komphela is boldly predicting that Saturday’s Soweto derby against rivals Orlando Pirates could be a watershed game and provide a future benchmark for domestic football as both mentors favour a 3-4-3 approach which is best suited to the domestic style.

“This is one match I think‚ in my opinion‚ is going to be a defining one‚" Komphela said.

"From a tactical point of view‚ the set up for both teams is almost similar. "They both play 3-4-3 and you can see how Orlando Pirates will be coming.

“If you look at teams that are playing with three defenders; look at Maritzburg United‚ Pirates‚ Chiefs.

"(Platinum Stars coach) Roger de Sa tried it in the game against SuperSport United. Eric Tinkler has tried it. There is something about this concept of the three-man defence.

Komphela said he was convinced that he would be at home in front of the television on Sunday re-watching the game over again to spot trends.

“There is something that 3-4-3 gives and I think if ever there was a match between Chiefs and Pirates where I foresee sparks‚ this is it.

“From an attack point of view‚ both teams will be very offensive.

"Whoever has the ball is pressed and as soon as they lose the ball they press. It will be a game where nobody give space‚ gives time.

“I hope that Chiefs and Pirates can carry that and (bring) it to the match and come Sunday when we look at the match (again) there must have been a definition of where the game should go in South Africa.

"It is a primary responsibility for Chiefs‚ Pirates and Mamelodi Sundowns to define our national game‚” Komphela insisted.

In last derby‚ Chiefs played 3-4-1-2 with Siphiwe Tshabalala central in midfield and two strikers ahead of him while Pirates played 3-4-2-1 with two players in a No. 10 position and with a lone striker.

The game still ended goalless‚ extending to five the number of stalemates in the last six Soweto derbies.

Cape Town City coach Benni McCarthy has bemoaned his side’s bad luck in the wake of their 2-1 loss to BidVest Wits on Saturday and is hoping that a ...
Sport
4 years ago