Komphela explains why Chiefs lost the Soweto derby to Pirates 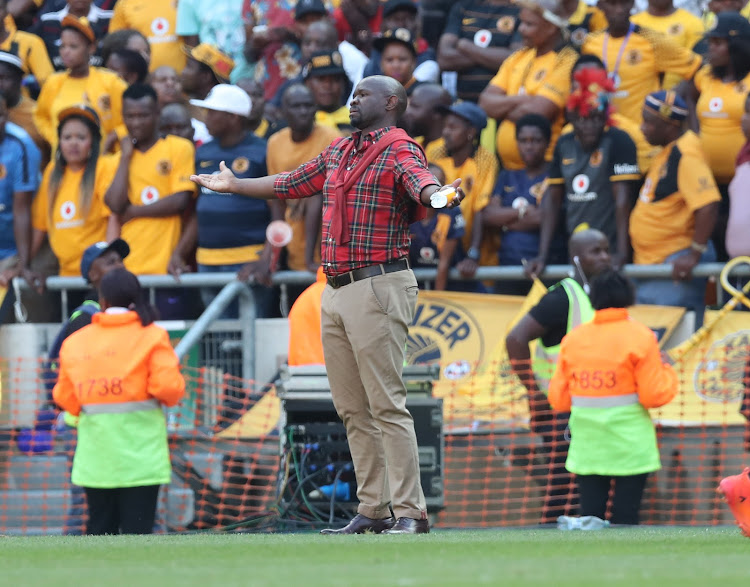 Kaizer Chiefs coach Steve Komphela says it was his team’s failure to maintain their counter-pressing game in the second half that allowed rivals Orlando Pirates to win the Soweto derby 3-1 at the weekend.

Komphela believes that had they been good throughout the match and maintained their counter-pressing system‚ the result would have been different.

“If you are not tight enough against Pirates and you allow them to bounce back and forth‚ then you are going to suffer because they’re going to fly at your defence‚” said Komphela.

“Counter-pressing was key for us.

“If you lose the ball and back off‚ you’re giving them (Pirates) time and space to see behind you and you’re in offensive positions... so you are not organized defensively.”

The Chiefs coach‚ who is winless in six league ties against Pirates after suffering the second defeat on Saturday‚ said had their counter-pressing been better the result could have been in their favour.

“So all we needed to do was to counter-press and get the ball‚” said Komphela.

“In moments where we did counter-press properly‚ we came through nicely. But where we failed you could feel like there was an earthquake.”

One of the on-form Bucs players‚ Luvuyo Memela‚ benefited from Chiefs' lapses of concentration in the second half.

Memela came on at the start of the second half and immediately scored with his first touch and completed his brace in the 74th minute‚ benefiting from those quick counter attacks.

“The talk in the dressing room just ten seconds before we left was that we’ve had a good first half‚" Komphela said.

“We dominated‚ we played well but we needed to kill the game‚ get to those goals.

“I don’t know how it works but my experience in the derbies is that if you had a good first half the second goes to other team. For whatever reason‚ I don’t know why.

“We immediately conceded the second goal and it does knock your confidence and you start asking yourself questions.

“Do you continue with the same game model you had in the first half at the back of a lack of confidence?

Although the defeat against Pirates did severely dent Chiefs ambitions to dislodge Mamelodi Sundowns on top of the Absa Premiership‚ Komphela refused to throw in the towel.

He said the 21 points remaining on the table in the last seven games are worth fighting for as anything could still happen in the league race.

Komphela is glad that they will only return to league action on March 17 when they host AmaZulu FC at FNB Stadium.