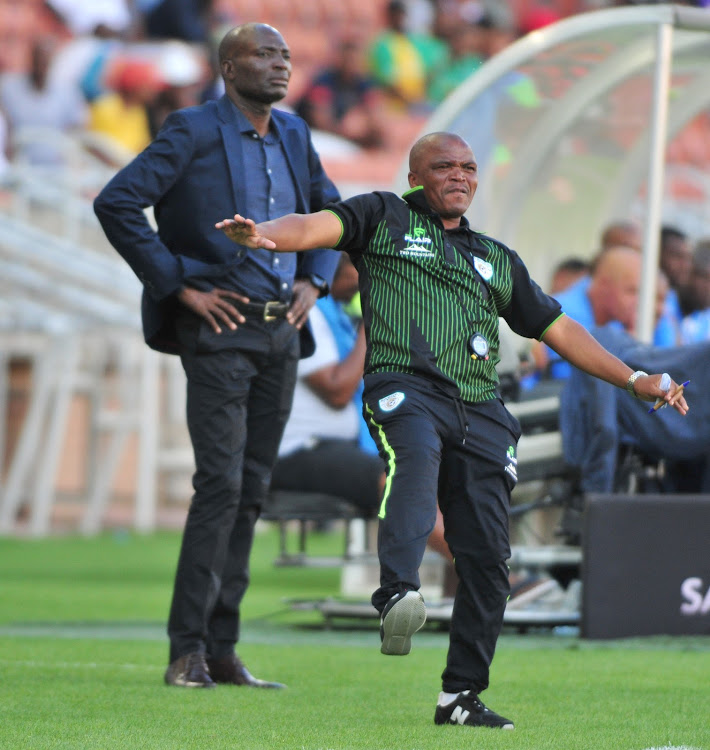 Baroka FC and their assistant coach Thoka Matsimela are set to face the Premier Soccer League (PSL) disciplinary committee after failing to attend the post-match media briefing for print and digital journalists on Tuesday.

Baroka eked out a 1-0 win over Bidvest Wits in Johannesburg to go top of the Absa Premiership log with four points after two rounds.

Matsimela is expected to be charged with contravening the NSL Compliance Manual (Media Manual) while the club could be charged for failing to ensure that the assistant coach attended to his duties.

Matsimela broke out in celebrations with the players on the pitch following the final whistle and shortly after took their revelry into the dressing rooms.

The start to 2019-20 has mimicked an all-too familiar pattern at this embryonic stage for Bidvest Wits, as they followed up their opening 3-0 Absa ...
Sport
2 years ago

The journalists waited in vain for the assistant coach to emerge from the dressing rooms to address them but he never returned‚ leaving the media frustrated.

PSL spokesperson Luxolo September said the matter would be investigated but confirmed that the post-match interviews are mandatory for coaches.

“All coaches have an obligation to attend to their media duties post-match.

"Failure to do so is in contravention of the PSL Compliance Manual (Media) and will be dealt with accordingly‚” said September.

Baroka spokesperson Mogau Maredi claimed that he was unaware that journalists were waiting for assistant coach Matsimela.

Gavin Hunt admits that it will be a battle challenging for league titles and trophies at Bidvest Wits with a tighter budget.
Sport
2 years ago

“The coach was there celebrating with the players on the pitch before he went into the tunnel.

"I was with him and I was not aware that there were journalists who wanted to interview the coach‚” claimed Maredi.

It is the responsibility of a club’s media officer to make sure that the coach and players attend to their post-match media duties.

Matsimela was on the bench in charge of the team in the absence of head coach Wedson Nyirenda.

An administrative bungle saw the club fail to renew Nyirenda’s work permit in time for the start of the new season.

Free State Stars coach has been fined R100‚000 suspended for 24 months for his failure to address the media following his team’s 2-1 Absa Premiership ...
Sport
3 years ago

Belgian coach Luc Eymael snubbed the media post-match after a match between Free State Stars and AmaZulu at King Zwelithini Stadium in Durban in August last year while still in charge of the relegated Free State side.

Eymael was sentenced to a fine of R100‚000 suspended wholly for a period of 24 months on condition that during the same period of suspension‚ he is not found guilty of failing to ensure the attendance of any post-match interview as stipulated in the compliance manual.

The Belgian coach entered into a plea bargain agreement with the PSL after he admitted that he made a mistake for not attending the post-match briefing.