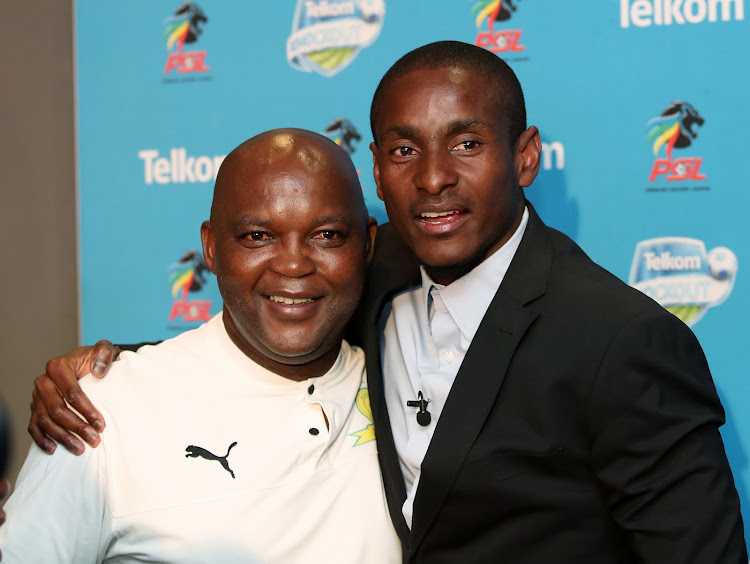 The PSL hosted a press conference for the Last 16 stage Telkom Knockout and when it was Mokwena's turn to take to the podium‚ Mosimane sat in and listened to the man he worked with at Sundowns.

The forthright Mosimane showered the Pirates coach with compliments after listening to him share his views about the game‚ and effectively put an end to the perceived bad blood between them.

“It was nice to listen to a coach who is so matured‚ experienced and he has been long in the hot seat‚" Mosimane said.

"Sometimes it humbles me to be sitting here and listening to a press conference that has the quality of coach Rulani.

"I can say the same thing about (SuperSport United coach) Kaitano Tembo‚ and I can always say that we haven’t made too many mistakes in life working with so many students.”

Mokwena cut his coaching teeth under Mosimane and Manqoba Mngqithi at Sundowns and some of their successes together includes the Caf Champions League and the Caf Super Cup in 2016.

Mokwena then left Sundown in 2017 to join Pirates as assistant coach and there have been persistent rumours of bad blood between them largely as a result of comments uttered by former Sundowns player Bongani Zungu.

Zungu‚ who worked with both coaches at Sundowns before he went overseas‚ took to social media and controversially suggested that Mokwena was the real brains of the operation at Chloorkop.

He later apologised when the raging storm completely got out of hand.

As the storm boiled over in November last year‚ unhappy Mosimane said he took his own dig when he said at the time he would like to speak to then Pirates coach Milutin Sredojevic as he was on the same level as him.

However‚ Thursday scenes suggest that the two men are back on cordial terms.

Norman Mapeza will become the 233rd different coach to take charge of a club in the Premier Soccer League (PSL) era‚ which stretches back to 1996‚ ...
Sport
2 years ago