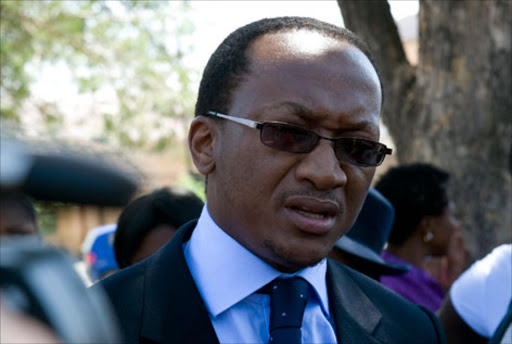 The National Prosecuting Authority (NPA) on Thursday said it does not have evidence that proves that the alleged instigators who have been arrested committed crimes against the state, treason or sedition.

“At this stage there is no evidence to that effect, hence no-one has been charged with those serious offences,” said NPA spokesperson Mthunzi Mhaga in an interview with eNCA’s Thulasizwe Simelane.

Mhaga was quizzed about the arrest of four people alleged to among 12 instigators responsible for the looting spree in KwaZulu-Natal and Gauteng that resulted in the deaths of more than 200 people and damage to property and infrastructure running into billions of rand.

TimesLIVE reported that former Ukhozi FM radio DJ Ngizwe Mchunu made a brief appearance at the Randburg magistrate’s court on Wednesday on charges of incitement to commit public violence. He was remanded until next Wednesday for a formal bail application.

Mhaga told the media that Mchunu allegedly made utterances during a press conference in Johannesburg. Mchunu left the city but subsequently handed himself over at the police headquarters in Durban on Monday. He was transported back to Johannesburg to face charges.

The masterminds behind the violent uprisings in parts of KwaZulu-Natal and Gauteng last week could face terrorism charges.
Politics
1 year ago

Another alleged instigator, Patriotic Alliance (PA) leader Bruce Nimmerhoudt, appeared briefly at the Roodepoort magistrate’s court on Monday, where he was charged with inciting violence in Gauteng.

Nimmerhoudt, a mayoral candidate for the PA in the West Rand municipality, is allegedly behind a voice-note which was circulating on WhatsApp inciting people on the West Rand to join in the violence experienced in some parts of Gauteng and KZN.

The case has been postponed to July 26 for verification of information.

Sibusiso Mavuso has also been charged with incitement to commit public violence. NPA spokesperson Phindi Mjonondwane said he appeared in a Westonaria courtroom on July 19, and his case was postponed to Friday for a bail application.

She said the fourth suspect, Clarence Tabane, who also faces charges of incitement to commit public violence, appeared in the Roodepoort court on Tuesday, with the case postponed to July 27 for his bail application.

Mhaga told Simelane that Mchunu and the other accused had been charged with the commission of the offence of incitement to commit public violence because that is the evidence at the NPA’s disposal.

“Investigations may reveal otherwise, but for now we are sticking with this charge of incitement to commit violence.”

On whether Mchunu would be facing more serious charges and if he would be granted bail later, Mhaga said: “We look at the seriousness of the offence, we look at the categorisation of these offences in terms of looters, organised looters and the instigators and in this category.

“We have firmly taken a stance based on the evidence presented by the law enforcement officers that Mr Mchunu is a flight risk, because after addressing publicly a press conference where he made utterances that amount to incitement to commit violence, after we viewed the video and had it translated, he left Johannesburg with a chartered private jet and landed in KZN and went into hiding.”

Mhaga said when pressure mounted and a warrant of arrest was issued out of the Randburg magistrate’s court, Mchunu handed himself to the police.

“We are considering other factors that may have a bearing on our decision to oppose bail. Investigations are at an advanced stage.”

Mhaga explained that investigations of this nature required experienced investigators, “which is why the NPA has brought in our experienced prosecutors because of the categorisation of the case of Mr Mchunu, which is a higher category, because he is one of the [alleged] instigators, albeit charged with incitement to commit public violence.”

“The NDPP has expressed clearly that when there is evidence that points to the commission of more serious offences like treason and terrorism, we will not hesitate to charge those people. But we will be guided by the evidence.”

He said though it has not been proven that Mchunu is indeed one of the instigators, the NPA views incitement to commit public violence in a serious light. “That is why we classify him as an instigator because of the ripple effects of the statements that he made.”

The State Security Agency (SSA) and the police at the time said they were investigating several social media groups — including a WhatsApp group called Shutdown eThekwini, where ANC branch members from Durban allegedly discussed how to block highways and attack shopping malls to force the state to bow to their demands and release former president Jacob Zuma.

The groups were started a day after Zuma was incarcerated for being in contempt of court.

Mhaga said he was not aware of the WhatsApp groups but that investigations into the matter are ongoing.

The EFF says it reached out to Dlodlo with questions about her claims, but the answers were not forthcoming.
Politics
1 year ago

The ANC in KwaZulu-Natal has approached the police to investigate how its logo came to be on posters announcing a motorcade and march, in support of ...
Politics
1 year ago

Parliament is further expected to summons security cluster ministers to account for intelligence failures during the looting spree and perceived ...
Politics
1 year ago