Get rid of ANC leaders with Gupta links - Phosa 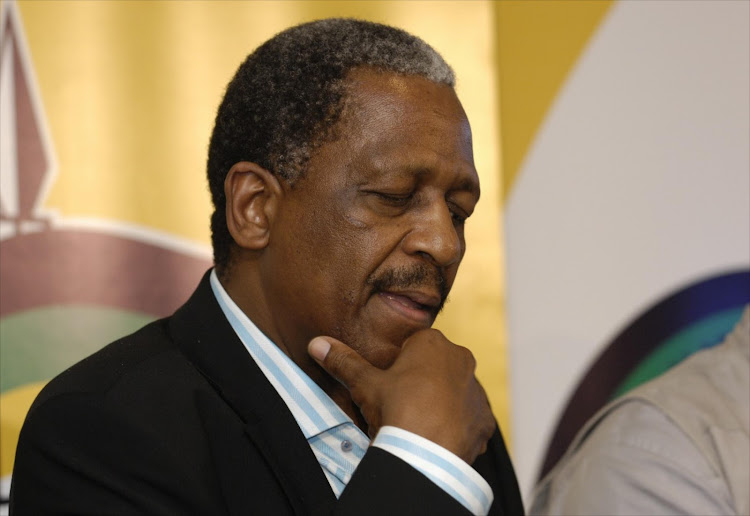 ANC presidential hopeful Mathews Phosa has called for the removal of all ANC leaders with ties to the Gupta family.

"I think we should sweep out the current leadership together with their Saxonwold puppet masters and elect new and honourable leaders with no ties to those who want to sell South Africa to the highest bidder‚" he said.

Addressing an SME indaba in Cape Town on Wednesday‚ Phosa took aim at the Guptas‚ who live in the plush Saxonwold suburb in Johannesburg‚ President Jacob Zuma and his allies.

He said the phrase "radical economic transformation" introduced by Zuma this year was paid for by the Guptas and London public relations firm Bell Pottinger.

"Those two ... are ideal bed mates. They belong together‚ just not in South Africa. As far as I am concerned‚ they can take their deeply divisive racist traits and dirty money and go elsewhere‚ " he said.

ANC stalwart Matthews Phosa implored ANC MPs on Sunday to vote with their conscience in the upcoming motion of no confidence in Parliament against ...
Politics
4 years ago

He said there was no such thing as radical economic change.

Phosa said an apartheid economy could not be replaced by an economy where a growing number of corrupt politicians and their families colluded with illegal immigrants to destroy the country's resources.

"It is for that reason that I am opposed to the revised Mining Charter thrown into our laps without the necessary legally prescribed consultative processes‚" he said.

Phosa also took aim at his party‚ saying it had spent six days discussing the colour of money during its recent policy conference.

"What comes out clear is that six days were wasted by honourable people discussing the colour of money‚" he said.

Phosa is one of the five leaders eyeing the ANC presidency post to be decided on at the party's elective conference in December.

But when asked about his ambition to be the next president‚ he said he would rather lose than take over and continue "with the rubbish that the president is doing".

He labelled the so-called Premier League‚ which reportedly includes the premiers of the Free State‚ Mpumalanga and North West‚ as a negative growth on the body of the ANC.

"The Premier League is a cabal of corrupt politicians who feed on each other and who are in cahoots with the Gupta looters‚" said Phosa.

He cited the Free State failed dairy farm‚ where millions meant for the project allegedly went to fund a lavish Gupta wedding‚ as a good example of what the Premier League‚ known as Zuma allies‚ was about.

Phosa also called for the sale of substantial shares in state-owned companies.

He also called for an end to the current practice of appointing the deputy finance minister to head the Public Investment Corporation.

Nelson Mandela was born last week 99 years ago, when the telegraph was the means of mass communication. But much of the commemoration of his July 18 ...
Ideas
4 years ago

Nkandla residents who think they have President Jacob Zuma as a neighbour best think again. The truth is‚ he's going to Dubai.
Politics
4 years ago

The next major political marker in our politics will arrive in January 2018.
Ideas
4 years ago