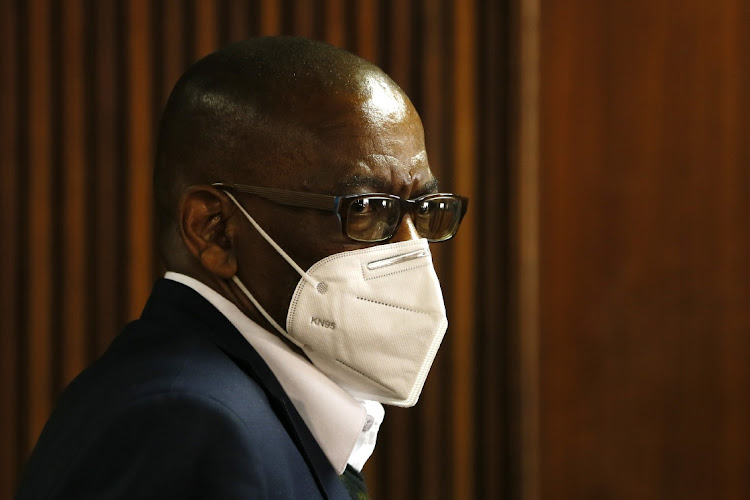 Suspended ANC secretary-general Ace Magashule will not be able to contest for any leadership position at the party's conference in December if he still faces criminal charges. File photo.
Image: Felix Dlangamandla

ANC president Cyril Ramaphosa and his allies have won the fight to have criminally charged party members barred from contesting for any leadership positions in the party.

TimesLIVE this month reported that Ramaphosa and his allies had called for the ANC to rule that criminally charged party members should not be eligible to stand for election to any position.

This move was seen to be targeting Ramaphosa’s political opponents including suspended secretary-general Ace Magashule who is facing corruption charges from challenging him at the party’s national elective conference in December.

The Ramaphosa grouping emerged victorious in what has been described as an emotionally charged special national executive committee (NEC) meeting that ended at 2am on Tuesday.

In a statement on Tuesday, the ANC said the NEC had agreed that those facing criminal charges “should not be allowed to stand for a position” in any of the branch, regional, provincial and national conferences.

The ANC's step-aside resolution has sparked fierce debate within the party, with several members questioning its effectiveness in the face of ...
Opinion & Analysis
1 month ago

The first salvo is understood to have been fired by Ramaphosa’s allies Gwen Ramokgopa and Snuki Zikalala in the national working committee meeting earlier this month.

It is said they raised concerns just hours after the election of corruption-accused Zandile Gumede as eThekwini regional chair. They were also concerned about the election of murder accused Mandla Msibi as ANC Mpumalanga treasurer earlier in the month.

“The NEC noted with concern that this has resulted in confusion and serious reputational damage to the organisation,” the ANC treasurer-general Paul Mashatile said on Tuesday.

“The NEC reiterated the ANC’s position that, as a liberation movement and a governing party, our leaders must be above reproach, and that any misconduct or dishonesty is dealt with in a serious and consistent manner.”

When formulating the step-aside guidelines last year, the party said those who faced corruption or serious criminal charges should vacate their position.

The party seems to have amended “serious charges” to “any charge” as the former had created confusion on who determines whether a charge is serious.

This was after ANC Women’s League leader Bathabile Dlamini was convicted of perjury. NEC members sympathetic to Dlamini had argued that perjury, especially as the punishment came with an option of a fine, was not serious and therefore she should not be asked to step aside.

In amending the wording, Mashatile said: “Likewise, any member who has been suspended in terms of rule 25.70 after an indictment to appear in a court of law on any charge should also not be allowed to stand for a position on a BEC, REC, PEC or NEC.

“The NEC recognised that the implementation of the 'step-aside' resolution constitutes an important and groundbreaking element in the renewal and rebuilding of the organisation. As such, it will be subject to ongoing improvement and refinement, guided by practice, policy and the provisions of the ANC constitution.”

NEC members who spoke to TimesLIVE said those who were elected before Monday’s NEC meeting could consider themselves lucky as it appears they will just be asked to step aside.

One NEC member who was not in support of the NEC decision said they had taken a wrong decision that infringed the rights of ANC members. He also said this move was clearly aimed at dealing with Ramaphosa’s opponents ahead of the elective conference in December.

Minister in the presidency Mondli Gungubele is adamant that suspended public works director-general Sam Vukela should not return to work as this will ...
Politics
3 weeks ago

The ANC in eThekwini wants two positions in the provincial officials list of five to be from the region when the province elects leaders this year.
Politics
3 weeks ago

MAKHUDU SEFARA | ANC leadership candidates are on trial, but the party is already guilty

If the ANC delegates cared more for the party, the likes of Gumede would not even be in the running
Opinion & Analysis
1 month ago