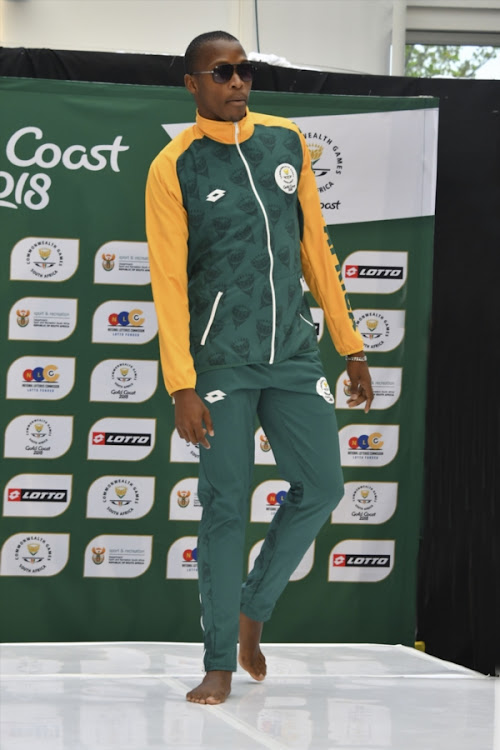 Long-jump wizard Luvo Manyonga flew out of Johannesburg on Tuesday night looking to add the world indoor title to the outdoor crown he won last year.

Manyonga‚ who hasn’t been beaten in a competition since finishing second by one centimeter at the 2016 Olympic Games‚ spearheads a small South African team of six at the showpiece in Birmingham from Thursday to Sunday.

Manyonga will have two compatriots with him in the long jump competition‚ Ruswahl Samaai‚ the bronze medallist behind him at the outdoor world championships in London last year‚ and former world indoor champion Khotso Mokoena.

While Manyonga would love to share the podium with his compatriots‚ he knows on which step he wants to stand at the end.

“But it will depend on the body because it’s a long flight‚ but what I’m looking forward to is representing my country and making my country proud.

“But the aim is the gold medal‚” said Manyonga‚ ranked No.1 in the world with his 8.40m African indoor record.

That’s 2cm ahead of world No2‚ Jarrion Lawson of the US.

And the 8.79m indoor mark is also on his horizon.

“That’s on … my bucket list‚ I wish I could achieve one day but this is my last shot [for the season]‚ so either I go big or go home.”

After the indoor championships Manyonga will compete at the SA championships in Pretoria in his first outdoor competition of 2018 before heading to Australia for the Commonwealth Games in April.

Manyonga said he was enjoying his new base in Port Elizabeth after relocating from Pretoria late last year.

Bradley Agnew‚ a colleague of his agent‚ Lee-Roy Newton‚ monitors his training and takes video for his Pretoria-based coach‚ Neil Cornelius‚ to monitor from afar.

“I’m very happy to be in an environment [where I] did my initiation and close to my family and close to my roots. Quite comfortable‚” said Manyonga‚ who stays with Agnew at his Westering home.

The men’s long jump final is scheduled to start at 9.35pm (SA time) on Friday.

The first SA athlete in action is Dominique Scott in the women’s 3000m final at 10.15pm on Thursday night

Antonio Alkana will roll into action in the 60m hurdles at 8.30pm on Saturday.

Cash-strapped SA Sports Confederation and Olympic Committee (Sascoc) board members will not make the trip to the Commonwealth Games in Australia in ...
Sport
4 years ago