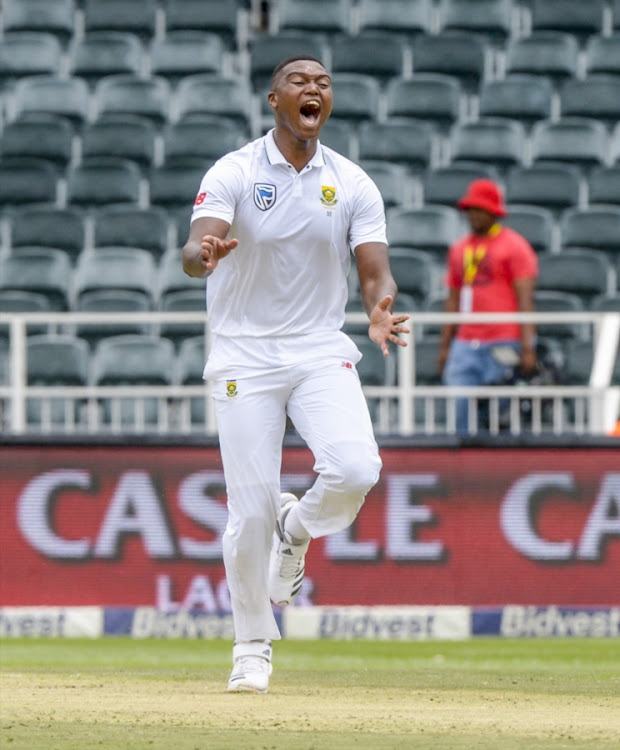 Emerging South African fast bowler Lungi Ngidi claimed the huge scalp of Virat Kohli as India went to the tea break on the first day of the third Test at Wanderers on 114/ 4 after 53 overs.

India will resume the third session with Cheteshwar Pujara defiant on 27 off a whooping 145 balls and Parthiv Patel will try to find his footing as he is yet to get off the mark as they look to stay on for as long as possible on the crease in the final session.

Shortly after lunch‚ Kohli‚ who was dropped by Philander on 11 runs in the first session‚ rode his luck again when the normally reliable AB de Villiers put him down at third slip off the bowling of Morne Morkel while he was on 32 runs.

His luck ran out in the 43rd over when he was finally removed by Ngidi‚ for the second time in this series‚ as he edged the ball to third slip from where De Villiers made no mistake with the catch to make up for the earlier mistake.

His parents Jerome and Bongi Ngidi led the applause from the VIP Bullring stand as the fast bowler was mobbed by his team mates in congratulations for claiming the prized scalp of the influential Indian captain.

In his time on the crease‚ Kohli scored 54 runs off 106 balls which included nine boundaries and his promising partnership with Pujara was disjointed on 84.

It could have been worse for India not long after Kohli's dismissal as Anjikya Rahane was caught by Quinton de Kock on three but he stayed on after Vernon Philander’s delivery was declared a no-ball as he overstepped the mark.

Morkel made no mistake later when he trapped Rahane for lbw for only nine runs‚ which was confirmed after the Indian batsman reviewed the decision of umpire Ian Gould.

Two wickets fell in the first session with Philander accounting for KL Rahul while Kagiso Rabada dismissed Murali Vijay as India went to lunch on 45/2 after 27 overs.