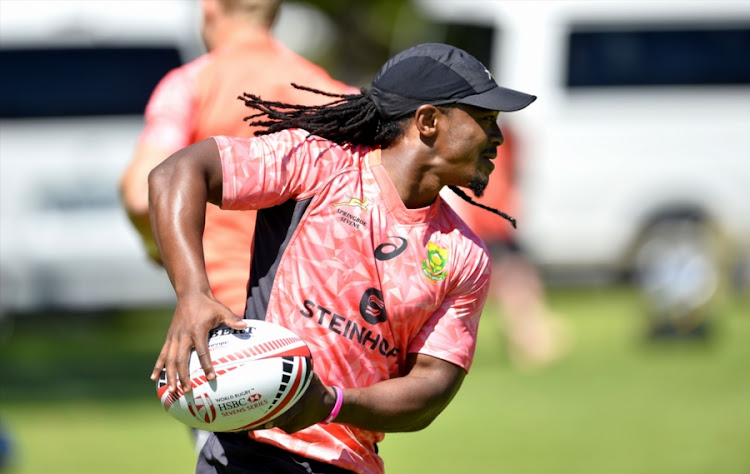 Sizzling stepper Branco du Preez will miss the Australasian leg of the 2017/18 World Sevens Series after suffering a hamstring strain in training.

It’s a blow for the Blitzboks‚ who head into the third leg of the 10-tournament series in Sydney later this week two points behind New Zealand at the top of the standings.

The same squad will travel to Hamilton in New Zealand for the series’ fourth round.

Stedman Gans‚ who played for the Blitzboks on their way to the last season’s World Series title‚ will replace Du Preez.

Gans was in good form for the Academy team that won two tournaments in South America over the past two weeks and is a like-for-like replacement for Du Preez.

Fit-again forward Dylan Sage replaces forward Chris Dry‚ who suffered a season-ending knee injury at last month’s Cape Town sevens‚ in the only other change to the squad.

Stormers flank Sikhumbuzo Notshe‚ who has yet to earn a full Springbok sevens cap‚ will travel with the squad as reserve.

Notshe‚ who joined the squad in October‚ will return to Super Rugby upon his return‚ as will three other squad regulars‚ Tim Agaba (Bulls)‚ Kwagga Smith (Lions) and Seabelo Senatla (Stormers).

“We made the call to take Sikhumbuzo along as reserve player in order for him to get first-hand experience of what a World Series tournament is all about and he will be called upon if anyone picks up an injury‚” coach Neil Powell said.

“Dylan has been training solidly over the last couple of weeks‚ while Stedman was in very good form for the Academy side in South America‚ so I am expecting solid contributions from them next weekend.

“We are losing four players to their Super Rugby teams after the Hamilton tournament‚ so we need a strong tour in order to stay in contention for the overall title.”

Philip Snyman‚ who will be playing in his 50th World Series tournament for the Blitzboks‚ will again lead the side.

They depart for Sydney on Saturday. The Springbok Sevens team for the HSBC Sydney Sevens:

Less than a week after retailer Steinhoff International pulled its sponsorship of the Varsity Cup‚ SA Rugby on Monday confirmed that the beleaguered ...
Sport
4 years ago

Beleaguered global retailer Steinhoff International has pulled the plug on its sponsorship of the Varsity Cup rugby tournament following the collapse ...
Sport
4 years ago

With battles on three fronts this season‚ the Blitzboks are going to need to draw on all their resources to be competitive in the World Series‚ the ...
Sport
4 years ago

The Springboks may have had a largely troubled year but there were other South African rugby coaches who covered themselves in glory this year.
Sport
4 years ago