Daylon Claasen in the area 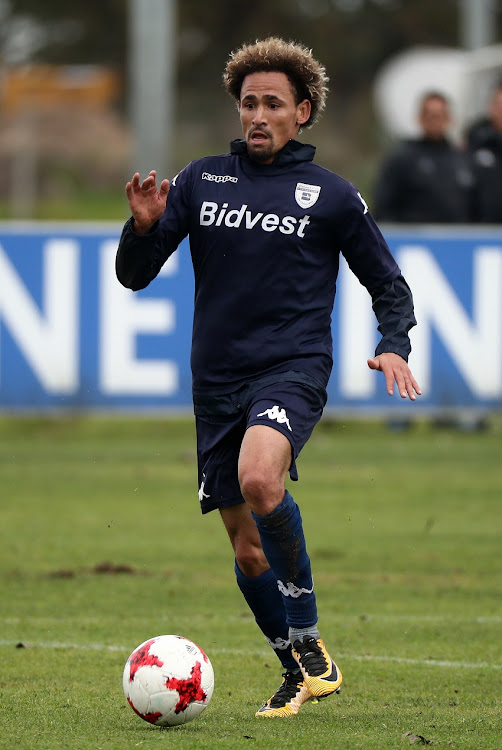 South African football is evolving and with a career that had largely stalled in Europe‚ Bidvest Wits seemed a destination where Daylon Claasen could piece back his career.

The midfield star of the Amajita team that reached the second round of the 2009 Fifa Under-20 World Cup in Egypt joins Wits from three years at TSV 1860 Munich in Germany’s Bundesliga II.

TSV were relegated to Bundesliga III at the end of the past season‚ where Claasen’s contract ended.

For reasons Claasen did not want to disclose‚ last season the 27-year-old with 11 caps for Bafana – the last of which being substituted in the 39th minute of the 1-0 Mandela Challenge win against Senegal in September 2015 – played less at 1860.

“My first two years were better than my last season there‚” the new Wits midfielder said this week of a 2016-17 season where he made 14 league appearances.

“It was an experience there that I enjoyed. I learnt a lot from other players.

“I never played that much but I don’t like to talk about that. It’s in the past and I don’t want to dwell on it.

“There were a few injuries. Towards the end I had a bit of an Achilles injury. But it’s in the past.”

The Munich saga appeared to be confounded by the club in February refusing to trade Claasen to Würzburger Kickers‚ where he would have challenged for promotion rather than fighting relegation for a second season.

It brought to an end a checkered European career for the midfielder who debuted for Ajax Cape Town at 17‚ joined Ajax Amsterdam in 2008 but only featured for their reserves‚ starred for Lierse in Belgium‚ then had mixed fortunes at Lech Poznan in Poland.

Claasen admitted that consistency had been his biggest downfall so far‚ hinting too‚ at lifestyle issues. Though again the player‚ admitting to being media-shy‚ would not elaborate on those.

“I am working on it (consistency). Every day I’m trying to see what I need to do to stay fit and stay healthy‚” Claasen said.

“Things that I used to do I’m trying not to do them now‚ in terms of my lifestyle and how it can affect me.

“You know‚ like growing up you’ve got more energy so growing older you know how your body feels if it’s tired.

“Moving back‚ I just felt that the three years at 1860 were not the way I would have liked‚ and that this was the right time for coming home.

“South African soccer is evolving. And I just wanted to come back at a stage where I could compete and still improve in SA.”

If Claasen can find some rhythm under disciplinarian Gavin Hunt‚ his experience playing in Europe can be indispensable for Wits.

“Bundesliga II‚ from what I’ve heard‚ is the best second league in the world‚” Claasen said.

“You can see players in Germany are very competitive‚ whether they’re playing second league or third league.

“During the Pokal‚ the cup matches against teams from the fourth and fifth divisions‚ they also were so competitive you would never even know they played in the fourth league.

“You could see that attitude of regardless of whether someone was are better than them‚ they were still very competitive.

“And that’s one thing that I learned in Germany – the players‚ mentally‚ are really strong.” - TimesLIVE