'Are you telling me when Kaizer Chiefs wanted Rama they never spoke to him before?' - Pitso Mosimane 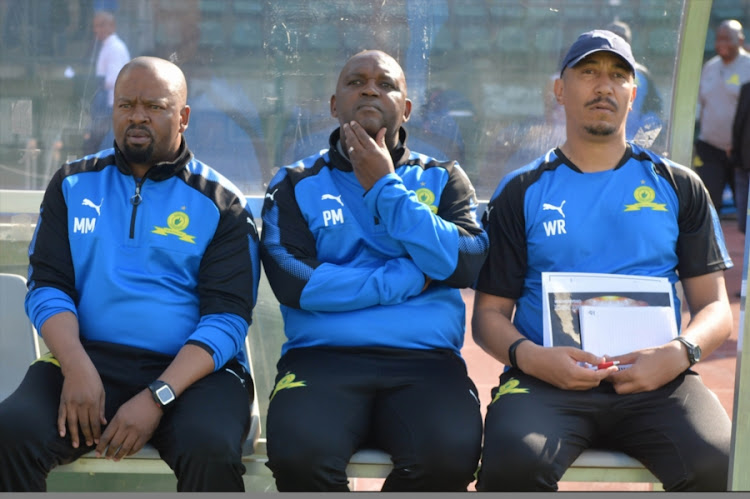 A prolific goal scorer is an object of desire for almost every football coach worldwide and Mamelodi Sundowns’ Pitso Mosimane is no exception as he outlined his wish list for the last two weeks of the transfer window.

“We still have one piece to fit into the jigsaw puzzle and then I think we’ll have a team good enough to win the league‚” he said.

That piece‚ Mosimane says‚ is in attack.

“I believe we don’t have … yet … a prolific striker and goal scorer .

"You know what I’m saying?

"Barcelona have a (Luis) Suarez; Man United have found a (Romeu) Lukaku and Spurs has (Harry) Kane.

“Every top team has a marksman‚ but we really don’t have a marksman.

"(Leonardo) Castro was our marksman the year before but you know the CBD is dismantled now‚” he said in a reference to the successful partnership that the Colombian used to enjoy with Khama Billiat and Keegan Dolly that helped Sundowns to the league championship last year.

“That has really knocked us back a bit.

"When the CBD stopped functioning‚ it was not easy to find new combinations. You will see at Barcelona‚ now that Neymar is no longer there‚ how they will struggle‚” Mosimane added.

“It’s not easy to get such a player.

"In South Africa when you want somebody people say you are poaching‚ they write letters of complaint‚ they report you.

Ronaldo, Messi and goalkeeper Buffon on Uefa shortlist for player of the year

Cristiano Ronaldo, Lionel Messi and Gianluigi Buffon have been nominated for the Uefa player of the year award, football's European governing body ...
Sport
4 years ago

"Do you want to tell me Barca didn’t speak to (Philippe) Coutinho (of Liverpool) before they sought to take him?

"But here you get reported to the PSL‚ to FIFA. Come on … everyone talks to everyone.

“Are you telling me when Kaizer Chiefs wanted Rama (Ramahlwe Mphahlele) they never spoke to him before?

"They spoke to him! It’s normal. If clubs do it to me‚ it’s OK. I can also do it. Gavin Hunt spoke to Pelembe before he went to Wits. But when I do it … really‚ let’s belong to world football.

“I will talk to your player because I want to know if he wants to play for my team.

"He must say ‘yes‚ I want’. Imagine you first do a club-to-club agreement and then the player says ‘I’m not going’.

Bidvest Wits are hoping to have Egyptian international Amr Gamal at training by Friday as they seek to pull off an audacious blow for South African ...
Sport
4 years ago

“We are trying to get a prolific striker but it’s not easy for clubs to lose their players‚” he added.

In recent days Sundowns were again linked to SuperSport United’s striker Jeremy Brockie‚ who they have been chasing for more than a year now without success.