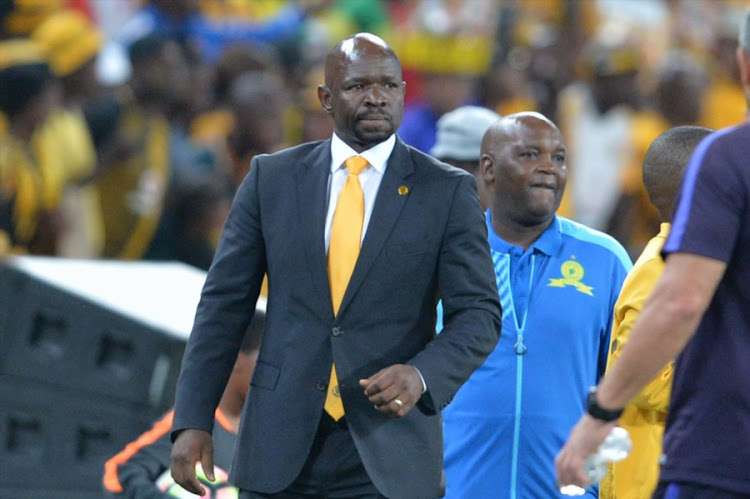 The Telkom Knockout gets under way this weekend‚ providing some coaches with a welcome opportunity to shoot for silverware‚ but potentially piling the pressure on others.

For Kaizer Chiefs and Orlando Pirates especially‚ it is a competition that could end their trophy-less runs that are reaching unprecedented levels for the Soweto giants.

It has been two-a-half-years since Chiefs last won a trophy‚ the longest wait in the club’s history for silverware‚ and nobody needs to remind coach Steve Komphela that he has yet to claim a title in his managerial career.

Four points from two league games against Mamelodi Sundowns and Pirates last week have lifted the gloom a little around Naturena‚ but that would drop heavily again if they don’t get past AmaZulu in Durban on Saturday night.

Surprisingly‚ perhaps‚ Chiefs have opted to play the ‘home’ match at the Moses Mabhida Stadium‚ meaning both clubs should enjoy significant support.

Chiefs are the most successful side in the history of the Telkom Knockout‚ with 13 wins from 17 final appearances‚ but have not won the trophy since the 2010-11 season.

The last six seasons since have seen two first-round exits‚ two quarterfinal losses‚ a semifinal defeat and a loss in the final two years ago to Mamelodi Sundowns.

Pirates are also in action in Durban earlier on Saturday with an afternoon kickoff at Princess Magogo Stadium as they seek a first trophy in over three years since they lifted the Nedbank Cup in May 2014.

Bucs have made a solid if unspectacular start to the new season and it would be a major fillip for coach Milutin Sredojevic if they could go deep into this competition.

Pirates have enjoyed near total domination over Arrows in recent times‚ winning 16 of their last 18 meetings‚ though Abafana Bes’thende did claim victory in the last‚ a 2-1 league success in May. Pirates have also won all five cup games between the sides.

They have only won one of their eight visits to the final‚ a 3-1 success over Bidvest Wits in 2011.

Pirates have not lost in the first round of the Telkom since 2007 when they were beaten on penalties by Benoni Premier United.

It would be disingenuous to suggest that Pitso Mosimane’s job is under threat at Sundowns‚ but three defeats in their last four games does not make for great reading.

It has been a little over a year since they were crowned African champions and already players are talking about the need to collect more silverware such is the expectation of success at the club.

They are away at Chippa United on Sunday‚ where another defeat and exit from the competition will only create more questions about their ability to come through this sticky period.

Sundowns were ousted from last year’s Telkom in the quarterfinals by SuperSport United on penalties after a 0-0 draw. That means they have not lost any of their last six matches outright‚ with their previous defeat a 1-0 semifinal loss to Platinum Stars in 2014.

The first round gets under way on Friday when Maritzburg United host Platinum Stars. Ajax Cape Town travel to Polokwane City on Saturday afternoon‚ while SuperSport United are at Bloemfontein Celtic later that evening.

Wits face their nemesis Free State Stars‚ mercifully at home as far as they are concerned‚ also on Saturday night‚ while on Sunday afternoon holders Cape Town City are at high-flying Baroka FC.

Benni McCarthy will hold individual meetings with his senior players this week – some of whom‚ he has said‚ “need a slap or two” – to get to the ...
Sport
4 years ago

Arsenal manager Arsene Wenger is relishing the "luxury" of the multiple attacking options he hopes will enable the club to compete across all ...
Sport
4 years ago

Teboho Moloi headed home for a few days’ break in Johannesburg after finally breaking his duck as new coach of Chippa United but faces his toughest ...
Sport
4 years ago