Chiefs under pressure to capitalise on their four matches at home 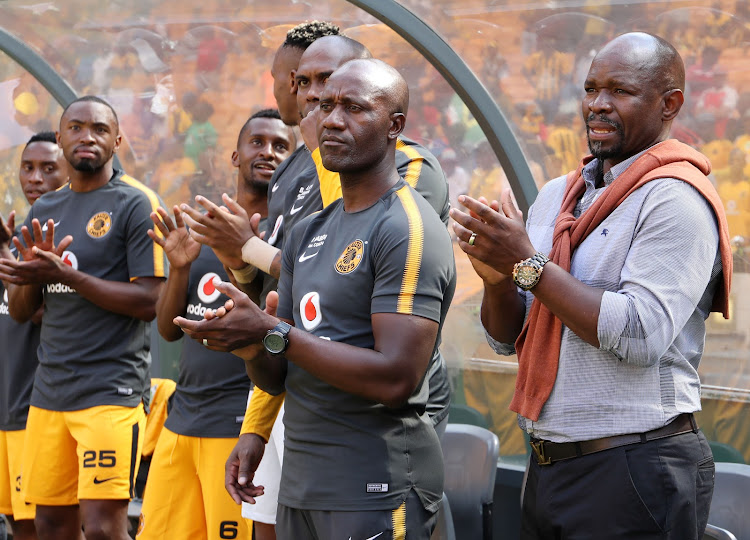 Kaizer Chiefs have four important league matches at home at FNB Stadium in the coming weeks that could give them a slight edge over their title rivals as the PSL campaign enters its business end.

Four-time league winning coach Gordon Igeusund says the four consecutive matches at home give AmaKhosi an advantage and they must capitalise on the situation fully because it may turn out to be unwanted burden if they fail to get the desired results in this period.

“Having four consecutive matches at home at this critical stage of the season is an advantage to any team but it may turn into a nightmare if the results don’t come your way‚" Igesund said.

"They don’t have to travel like other teams where players will be flying or travelling long distances by road and staying at hotels for longer periods.

"That could make things a little bit easier.

"But‚ the most important thing is that there are no guarantees because they could drop points even if they are playing at home.”

Igesund said Komphela would possibly target at least ten points from the twelve on the table and put Sundowns‚ Pirates and Free State Stars under pressure.

“If they get favourable results‚ it may help their mission to push those teams that are above them on the log and it is important for their supporters to get behind the team and not put them under unnecessary pressure.”

Chiefs go into this period on the back of an unbeaten run of five matches in the league after managing to beat Polokwane City and Baroka FC‚ and then drawing with Bidvest Wits‚ Sundowns and SuperSport United.

Liverpool's ruthless form in their third kit continued in Wednesday's 5-0 Champions League win at Porto as the Merseyside club notched their fifth ...
Sport
4 years ago

Cristiano Ronaldo scored twice as Real Madrid came from behind to beat Paris St Germain 3-1 on Wednesday, with the holders roaring back to life in ...
Sport
4 years ago

Iqraam Rayners scored early to hand Stellenbosch a narrow 1-0 win over Highlands Park in the first round of the Nedbank Cup at the Athlone Stadium ...
Sport
4 years ago