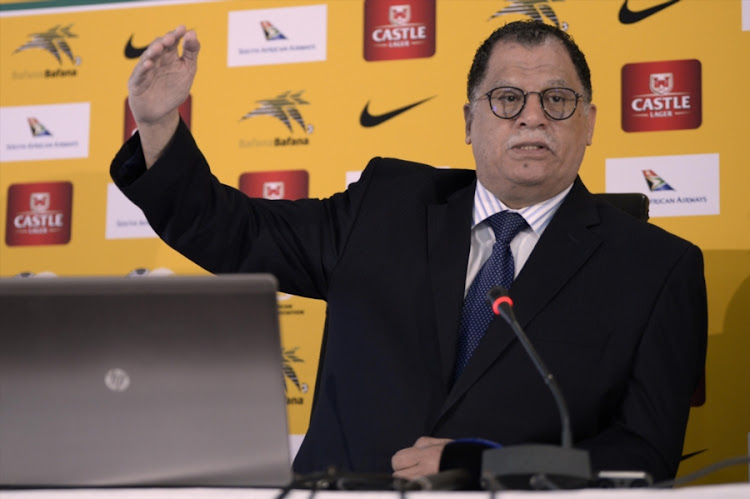 The race for South African football's top job is reaching its final stretch after it emerged on Monday that incumbent Danny Jordaan and former Premier Soccer League GM Andile ’Ace’ Ncobo were the only candidates to receive nominations to the plum position.

The deadline for the submission of nominees in the South African Football Association (Safa) presidential race was on Friday last week and national executive committee member Mzwandile Maforvane told TimesLIVE that Jordaan received 52 nominations while Ncobo bagged one.

The hotly-contested elections will be held on March 24 and the Electoral Commission of SA (IEC) has 14 days to verify whether Jordaan and Ncobo are eligible to run for Safa president.

‘‘Now you see the results of their strategy.

"They said they were approached by the regions to run and now nothing.”

Nonkonyana’s campaign manager Sisa Majola confirmed that the former Safa vice-president did not receive any nomination but he added that this is not the end of their race.

‘‘It is not the end of the campaign and there will be some announcement later this week‚” he said.

‘‘People are going to be shocked when we make the announcements. The fact is we were not happy with this process and more will be revealed.”

Ncobo said he could not comment about his nomination as he was yet to receive communication from either Safa or the IEC.

‘‘I have not received any communication in regards to that (his nomination) and I cannot comment‚” he said on Monday afternoon.

The IEC will scrutinise the candidates as mandated by the Safa Electoral Code to determine compliance in accordance with Article 25 of the SAFA Statutes.

This has been one of the most hotly-contested Safa presidential races ever and given the numerous attempts to prevent the poll from going ahead next month‚ officials will be glad to see the back of this year’s contest.

The elections were originally scheduled to be held in September this year but more than 90 percent of the Safa regions voted in favour of hosting the elective congress earlier than usual next month.

Bafana’s failure to qualify for this year's Soccer World Cup largely contributed to the decision to hold an early election and the regions felt that there was no need to retain the original date if the national team was no longer going to Russia.

The decision to hold an early election did not go down very well among some of the candidates as they argued that it gave them very little time to challenge Jordaan.

Tokyo Sexwale ‘not eligible to run for Safa presidency’

Tokyo Sexwale is not eligible to run for the South African Football Association (Safa) presidency‚ the leader of the rival Football Transformation ...
Sport
4 years ago

Ephraim “Shakes” Mashaba’s bid for the Safa presidency is off to an unconvincing start as the national leadership of a body purporting to sanction ...
Sport
4 years ago

The unfair dismissal case against the South African Football Association (Safa) at the high court by Chief Mwelo Nonkonyana has been postponed‚ but ...
Sport
4 years ago