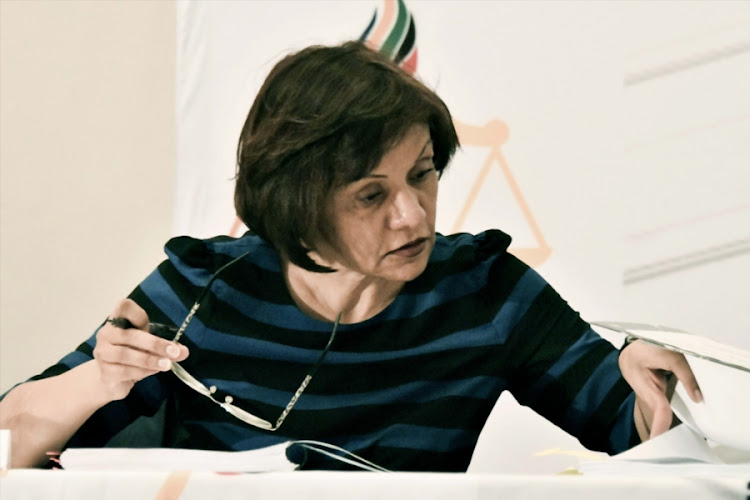 SA Sports Confederation and Olympic Committee (Sascoc) board members have spent less than 10% of their time discussing sports issues in recent times‚ a committee member looking into the body’s governance matters said on Monday.

“I must say I’m astounded at the kind of matters that have been discussed by Sascoc at board level‚” said labour lawyer Shamima Gaibie‚ a member of the committee alongside retired judge Ralph Zulman and veteran cricket administrator Dr Ali Bacher.

She was questioning board member Kaya Majeke on his submission‚ which included minutes of board meetings.

“A lot of it is on technicalities‚ about who sits on what committee‚ there are issues about who will comprise the next board‚ whether they include the PSCs [provincial sports confederations] or not‚ the conflict between clauses in the constitution‚ and if I had to assign a percentage … to core sports issues I would say it would be less than 10%.”

Yes‚ Mr Hendricks‚ yes‚ you are looking at me and shaking your head.

Majeke agreed with her.

“That’s exactly the main objective of making that submission. It was to show this committee that we spend time exactly on that.”

He was the last of four Sascoc executive members to testify on a day when the boardroom battles spilled into the hearing‚ with the tension being palpable.

At one stage‚ while Majeke testified there was no resolution on the appointment of Sascoc’s finance commission‚ he stopped to have a go at Sascoc vice president Barry Hendricks who was shaking his head in disagreement.

“Yes‚ Mr Hendricks‚ yes‚ you are looking at me and shaking your head.”

Majeke also accused Wessel Oosthuizen‚ a contract photographer for Sascoc seated with Hendricks and Kobus Marais‚ of wagging his finger at him.

Earlier Hendricks accused deputy president Hajera Kajee of lying about when she first heard about the sexual harassment allegations against CEO Tubby Reddy‚ who was fired in January.

Hajera‚ you’re asking too many questions‚ I’m asking you to shut up‚’” she told the committee.

While Majeke gave his evidence‚ Kajee at times glared in the direction of Hendricks and Marais‚ as well as some others in the auditorium at the Ellis Park rugby stadium.

Kajee had testified that at a board meeting with the law firm they had hired to handle disciplinary proceedings against three senior employees including CEO Reddy‚ president Gideon Sam had admonished her for asking too many questions.

“‘Hajera‚ you’re asking too many questions‚ I’m asking you to shut up‚’” she told the committee.

The Sascoc board is set to be in two camps‚ one loyal to Sam and the other to Reddy.

The hearing continues on Tuesday.

The potentially explosive ministerial committee of inquiry into the FNB Stadium stampede last year has been postponed indefinitely.
Sport
4 years ago