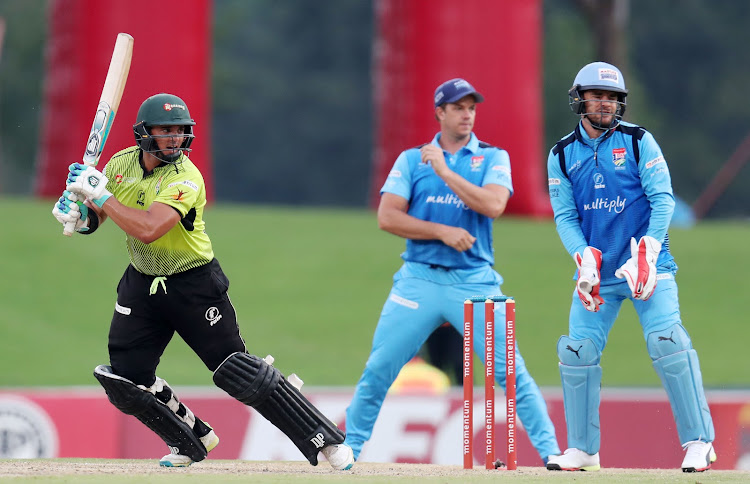 Gihahn Cloete of the Warriors during the Momentum One Day Cup 2017/18 Semi Final match between The Multiply Titans and Warriors at SuperSport Park, Centurion South Africa on 30 January 2018.
Image: Muzi Ntombela/BackpagePix

The familiarity of beating the Warriors led to some contempt from the Titans and their coach Mark Boucher said they were in cruise mode in their failed Momentum One-Day Cup semi-final.

Having pummelled the Warriors in their five previous 50-over encounters‚ it must have been expected of the Titans to make it a half-dozen.

A lack of collective batting responsibility saw the Titans slip to 230 all out‚ a target the Warriors ruthlessly hunted down with 91 balls to spare and eight wickets in hand.

The Warriors will be waiting on the winners of the Cape Cobras/Dolphins semi-final at Newlands.

Whoever emerges victorious from this fixture will host Friday's final as the Warriors ambushed the top-ranked team.

“If we looked at the way we played‚ we didn't rock up and from many perspective‚ the game didn't feel like a semi-final‚" Boucher said.

"I think our boys were in cruise mode instead of winning the game.

"I feel the batters didn't take responsibility up front but it's difficult to put a finger on it right now.

“I think they wanted the game more than we did and I think when you get into a few semi-finals and win a few trophies‚ you sometimes think someone is going to do the job.

"It was a bit of a wakeup call for everyone and it's not the end of the world.. It was bad performance on the evening.”

The Warriors have someone else to worry about other than the Titans‚ who have embarrassed them in the past two seasons with lop-sided results.

The fearlessness with which the Warriors dealt with their chase made a mockery of the dominance the Titans have had over them.

There's no pressure on the Warriors and their interim coach Rivash Gobind said they're not worried who they play the final.

“We thought everyone executed their roles well and our openers played with freedom‚" Gobind said.

"It was a case of transferring all the pressure to the Titans and we didn't give them a sniff.

"The Titans are a good side and in the past‚ we've come up short against them.

"We've learnt from those encounters.

“That's one part of the job done and we now need to focus on the final against whoever it'll be.

"It doesn't matter where it's going to be.

"We'll just have to deal with whoever is put in front of us.”

Considering that the Test series between South Africa and India won’t be forgotten in a hurry‚ the one-day rubber will have to be something special ...
Sport
4 years ago

The Wanderers in Johannesburg has received three demerit points for producing a “poor” pitch during the third Test between South Africa and India ...
Sport
4 years ago