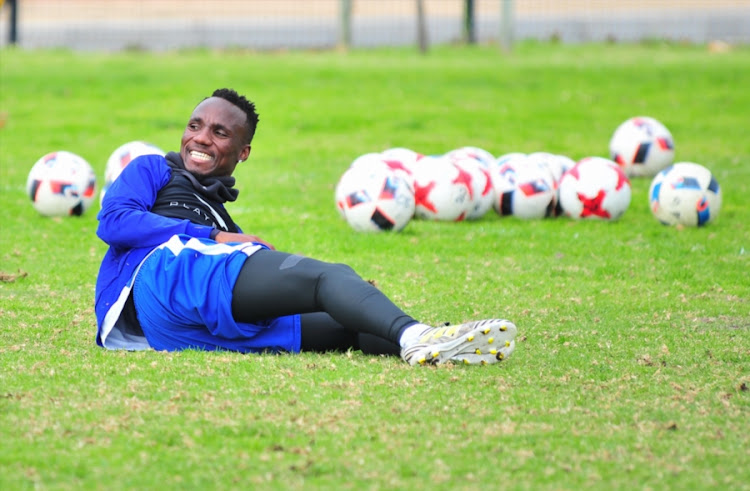 Both players agreed that they should have done better when SuperSport were reduced to ten man after their attacker Thabo Mnyamane suffered a groin injury after cancelling Sibusiso Masina's opening goal in the 80th minute.

“I was a hard pill to shallow this defeat‚" said Walters who couldn't do anything to save his team after the match which ended 1-1 after 120 minutes was decided by penalties which SuperSport won 4 -2.

“I really do hope that my team-mates will learn out of this experience because having had such a numerical advantage in more than 40 minutes‚ we should have done better.

"There were even times when they were probably down to nine man in extra-time but we still failed to take our chances. They were tired‚ cramping and obviously wasting a lot of time‚ but I don't think we were intelligent enough to use our numerical advantage in the final third.

“We should been more patient in order to draw them out because they were just sitting as a block in front of their goalkeeper. We need to know how to play when we have such a challenge.

“We should have tried to knock the ball around in order to draw them out from where they were sitting waiting for us‚" said Walters who was looking to win his second trophy with City after helping them to win the Telkom Knockout where they beat the same SuperSport last season.

Modise who had a great game before he was substituted midway through the second half‚ said he wasn't blaming anyone for their defeat.

“I will say we lost as team and there were lessons I hope everyone‚ especially our young team-mates‚ learnt out of this match‚” he said.

Although in his advanced soccer career‚ Modise who signed a two-year contract with City at the beginning of this season‚ didn't rule out coming back next year to fight for the cup he failed to win at his former club Mamelodi Sundowns.

"Everything is possible‚" Modise said when he asked about the cup he's also yet to win as a player.

"It's a game of football and for us there's still next season again. If we keep our league form‚ I'm sure we can finish inside the top eight and compete in this cup against next season.

"Hopefully by that time we have gained enough experience as a team to go all the way.

"The game was open and we should have won. SuperSport were just hoping to catch us on a counter. We had our chances but we just failed to utilise them in the way we should have.

"But it's all about experience and SuperSport players obviously had cup pedigree than most of our players. They were smarter than us and they won their through the delaying tactics they employed when they were one man down."

Modise said they will have to forget quickly about the cup defeat and focus on their league game on Tuesday night at home against Bloemfontein Celtic.

"We have to do our best to refocus‚ although I won't lie and say it will be easy after the defeat in the final. We have a challenge to lift each other up for this fixture against Celtic because it's also important to keep our momentum in the league‚" said Modise who won two league titles with Sundowns.

Mamelodi Sundowns host fierce rivals Kaizer Chiefs in a blockbuster PSL clash at Loftus on Tuesday night which has the potential to provide drama‚ ...
Sport
4 years ago

While the rest of the Premier Soccer League return to competitive action on Tuesday and Wednesday‚ champions Bidvest Wits are left tapping their toes ...
Sport
4 years ago

Cape Town City will start the defence of their Telkom Knockout title with a tricky trip to Polokwane to face hugely improved Baroka FC.
Sport
4 years ago