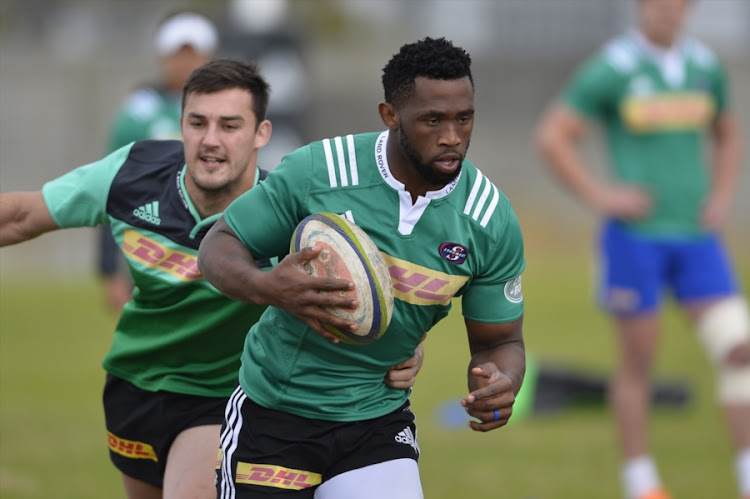 The Stormers go into Saturday’s Super Rugby quarterfinal against the Chiefs with more confidence than they did against the same opponents at the same stage last year.

Coach Robbie Fleck and captain Siya Kolisi projected quiet conviction that they are capable of winning only their second play-off match in nine attempts since 1999 when they meet the two-time champions at Newlands.

Last year the Chiefs won the corresponding fixture 60-21 but this year the New Zealanders went down 34-26 in a Pool match at Newlands.

It’s that performance and result that has buoyed the Stormers for this weekend’s encounter.

It’s that performance and result that has buoyed the Stormers for this weekend’s encounter.

“We’ve forgotten what happened last year and have rather focused on what we did to them this year‚” Kolisi said.

“This is a new game and we are a different side to what we were 12 months ago.

“But both games are in the past and we have to focus on our job this Saturday. Whatever happened last year‚ or earlier this year‚ will have no influence.”

The Currie Cup for us is about getting confidence back, says John Mitchell

The Currie Cup offers an opportunity for the Blue Bulls Rugby Union to regain confidence and start playing winning rugby again after a disastrous ...
Sport
4 years ago

Up front flank Rynhardt Elstadt starts so Sikhumbuzo Notshe is benched while reserve prop Steven Kitshoff falls out of the squad altogether as he isn’t eligible for the post-season‚ having only recently re-joined the Stormers.

Marais’ inclusion will bolster the Stormers’ counter-attacking ability while his accurate goal-kicking‚ which has seen him slot over 90% of his kicks this season‚ could also be a factor.

Elstadt brings physicality to the side of the scrum and with the Chiefs likely to send runners into close channels using inside passes‚ he has a crucial role to fill.

The Stormers have been much improved on attack this season‚ an aspect of their game that adds to their confidence against a team as dangerous as the Chiefs.

The Stormers have shown they can score tries this season‚ which is a positive development‚ but they have occasionally lost defensive shape in their ...
Sport
4 years ago

Defensively‚ though‚ they have struggled at times. “We have conceded 30 tries against NZ teams‚ which was a concern on tour [when the Stormers conceded 24 in three matches] but if you look at our stats at home they are much better‚” Fleck said.

“We conceded three tries each against the Chiefs and Blues at home and scored four in both games. It comes down to the same thing against NZ teams – you have to outscore them with tries to win the game.

“You are not going to win by kicking penalties against these guys. They have a good defensive record so you have to work hard for tries.

“We believe that we can score tries against them‚ which we have done‚ but we have to be sharp defensively.” Kolisi added:

“We are very positive because we know we have the ability score from anywhere on the field‚ and they know it too.

Can the Sharks become first visiting team to win at Ellis Park this season?

Sharks wing Kobus van Wyk says they will need to be as fearless and as ruthless as Vikings in their attempt to beat the Lions at Ellis Park on ...
Sport
4 years ago

"We scored some great tries against them earlier this year. “We aren’t scared anymore; we are prepared for anything and we know that whatever they do‚ we can do as well.

"We just have to deliver on the day and do what we do well.”