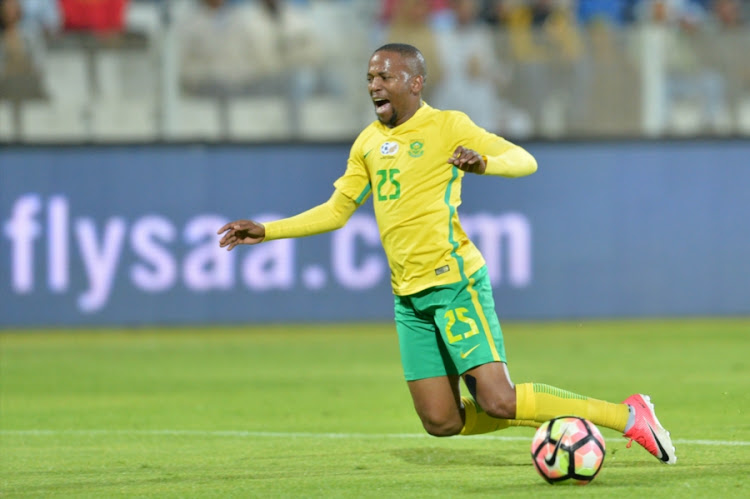 It is believed that Sundowns were still making bids‚ and adjusted bids‚ trying also to swap some of their surplus players‚ for City’s influential left winger until 11pm on Thursday’s transfer window deadline night.

City owner John Comitis‚ who had turned down Sundowns’ offers for Ngoma and last season’s PSL player of the season Lebogang Manyama earlier in the window‚ apparently refused to budge.

Having already sold one star performer of City’s third-placed finish last season when Manyama was transferred to Konyaspor in Turkey on Thursday evening‚ Comitis would have been even more reluctant to allow Ngoma to leave.

Bongani Zungu’s transfer to French Ligue 1 side Amiens was tight‚ but has been confirmed.
Sport
4 years ago

Sundowns’ communications coordinator Thulani Thuswa was the last club official to arrive at the PSL offices at 11.45pm on Thursday night‚ 15 minutes before the close of the window at midnight‚ apparently as Downs pursued Ngoma right to the end.

Thuswa said Downs had tried to make one more last-ditch signing after landing Bafana Bafana centreback Rivaldo Coetzee in a swap deal with Ajax Cape Town for Mario Booysen earlier in the day‚ but could not name who that was.

It was an open secret‚ though‚ that it was Ngoma‚ the winger who formed a deadly forward partnership with Manyama at City last season.

“Yes‚ there was another deal. But obviously I can’t say which deal‚ because it did not happen. That player still belongs to his team‚” Thuswa said.

“I can confirm what we came here for – Rivaldo Coetzee. And also the players we have promoted from our academy‚ Keletso Makgalwa and Thendo Mukumela.

Bafana Bafana centreback Rivaldo Coetzee has been signed by Mamelodi Sundowns from Ajax Cape Town in a swap deal for another centreback‚ Mario ...
Sport
4 years ago

“Because the other player did not sign‚ we can’t talk about that. But we’re hopeful. There’s still time for another transfer window.”