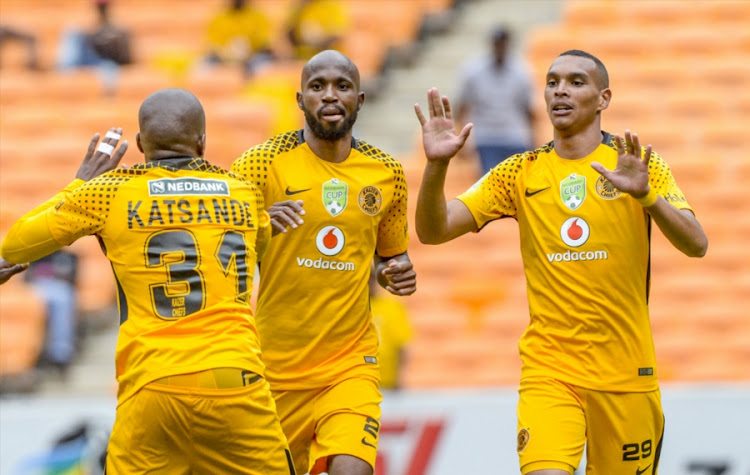 Kaizer Chiefs host fellow title challengers Cape Town City in a vital league encounter that the hosts hope will deliver the three points they need to close the seven-point gap between them and league leaders Mamelodi Sundowns.

Chiefs and City are level on points (31 points) and they will need to be on top of their game to get the better of a side that has always given them plenty to think about.

Below are five players who are capable of ensuring that Chiefs get the much-needed three points at FNB Stadium on Saturday night.

The Amakhosi No1 goalkeeper has won numerous man-of-the-match performances this season and no one can argue that he is a strong contender for player of the season award.

That Chiefs are still among the title contenders is in part due to the many stupendous saves Khune has made this season.

For Chiefs to win on Saturday they no doubt need Khune to be at his best and stop former team-mate Matthew Rusike and company from breaching the rearguard.

Khune’s contribution with his long-range pin-point final passes could also be vital in deciding this match.

The young Pietermaritzburg-born striker is finding his feet having contributed with three priceless goals in the Chiefs' cause in the league this year.

Getting the ball to Moon will be every Chiefs player's priority on Saturday as they will look to him to add to his tally and hopefully win the match for them.

All of Moon’s league goals have been headers but he showed in the Nedbank Cup tie against Lamontville Golden Arrows on Saturday that he’s equally adept at directing balls to the back of the net via his feet.

Katsande’s contribution in the Chiefs midfield cannot be underestimated.

He’s the real engine that keeps Chiefs together whether going forward or blocking moves towards their goals.

A fit and ready Katsande will be vital for the hosts as City have showed on many occasions that if you allow them to play in the middle‚ they can hurt any team.

Rama showed exactly what Chiefs have been missing in his first match after a long injury break in the game against Arrow.

Rama’s forays down the right flank create havoc for any team's defences as he showed against Arrows.

Chiefs will need Rama to continue with his incursion against City as his contribution adds numbers into box in anticipation of his usually good crosses.

If there’s a match in which Castro has to show why he’s so important in Chiefs’ attack it is this one against City.

The Colombian has to pay back the confidence coach Steve Komphela showed in him when he started the player against Arrows.

Castro has to start making his partnership with Moon work in order for him to keep his starting berth‚ especially with Bernard Parker having returned back to fray and scoring against Arrows after a long injury lay-off.

Stellenbosch FC have mixed feelings about Thursday’s Nedbank Cup draw as they wait to see who they meet in the second round but coach Steve Barker‚ ...
Sport
3 years ago

Chiefs under pressure to capitalise on their four matches at home

Kaizer Chiefs have four important league matches at home at FNB Stadium in the coming weeks that could give them a slight edge over their title ...
Sport
3 years ago

Liverpool's ruthless form in their third kit continued in Wednesday's 5-0 Champions League win at Porto as the Merseyside club notched their fifth ...
Sport
3 years ago

Cristiano Ronaldo scored twice as Real Madrid came from behind to beat Paris St Germain 3-1 on Wednesday, with the holders roaring back to life in ...
Sport
3 years ago