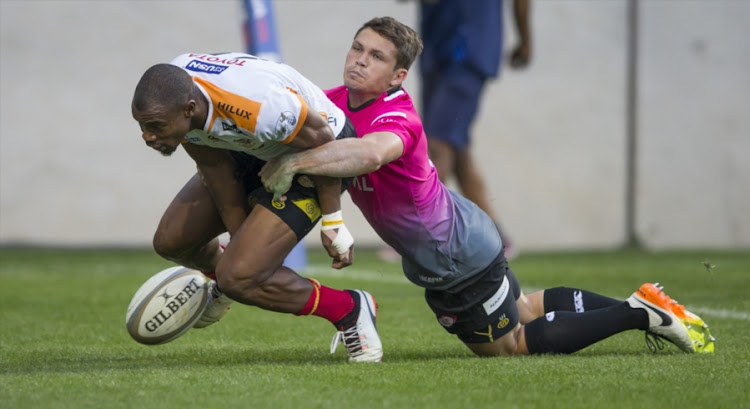 The Free State Cheetahs are meeting their objective of accumulating maximum Currie Cup points before they begin their PRO 14 campaign in three weeks.

The Cheetahs claimed their third straight Currie Cup win with a tough 45-34 victory over the Pumas in Nelspruit on Wednesday and now have a maximum 15 points from three matches.

A strong first-half showing by Free State paved the way for victory at the Mbombela Stadium.

The defending champions built up an encouraging 38-10 lead at the break thanks to an impressive attacking display in which they scored six tries - two of which were scored by replacement back Malcolm Jaer – while they limited the Pumas to a try on the stroke of halftime and an early penalty goal.

The Cheetahs are locked at the top of the standings with the Sharks‚ but have played one fewer game than the men from Durban.

This weekend sees the teams in action again after unprecedented midweek games on Wednesday.

Scarra Ntubeni to earn his 50th cap for Western Province

Hooker Scarra Ntubeni will earn his 50th Western Province cap when he comes off the bench against Griquas on Wednesday as the tournament is played ...
Sport
4 years ago

The Cheetahs face neighbours Griquas in Bloemfontein on Saturday‚ and it should be another tough encounter after the Kimberley side secured their first win of the season with a 44-34 victory over Western Province on Wednesday.

It was a famous win for Peter Engledow’s side and one that will boost their confidence before taking on the log leaders.

Griquas’ effective goal-kicking proved to be the difference on the scoreboard against WP‚ as each side scored five tries. The hosts’ five conversions and three penalty goals to the visitors’ three conversions and one penalty proved decisive.

WP coach john Dobson has responded by making five changes to his side to face the Blue Bulls at Newlands this weekend.

Lock Eben Etzebeth was on Wednesday confirmed as Springbok captain for the opening stages of the Rugby Championship in the absence of Warren Whiteley.
Sport
4 years ago

Vermaak replaces the injured Dewaldt Duvenage and will partner Willemse at halfback‚ with Justin Phillips and Kurt Coleman on the replacements bench.

Jones makes his first start since returning from a hamstring injury and will line up at inside centre.

Both Coetzee and Ntubeni come into the starting line-up‚ with Ramone Samuels and Steph de Wit dropping to the replacements bench alongside lock Eddie Zandberg‚ who is in line to make his Currie Cup debut.

The Golden Lions will face the Sharks‚ who enjoyed a 28-20 win over the Blue Bulls at Loftus last week‚ at Ellis Park this weekend.