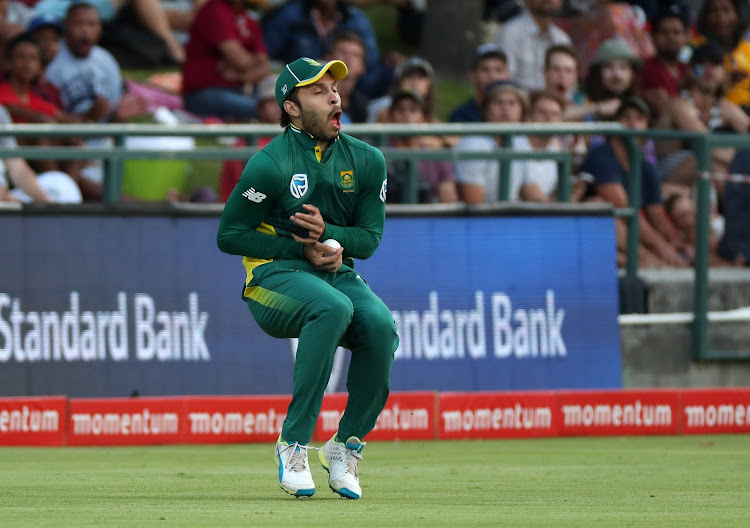 Farhaan Behardien’s legion of detractors finally got their way on Thursday when he was dropped from the squad to play India in the first three of six one-day internationals next month.

But the selectors picked a strange time to do what too many people have said for too long‚ sometimes unfairly‚ they should do.

Behardien is fourth in the batting averages and sixth among run-scorers in this season’s franchise one-day competition‚ and he comes with the experience of 58 ODIs.

Stranger still‚ uncapped Khaya Zondo — who has scored 101 fewer runs than Behardien in the same event‚ averages 8.17 less‚ and has a strike rate 27.76 lower — has cracked the nod.

Selection convenor Linda Zondi came prepared for the obvious question at the Wanderers on Thursday.

“It’s very important for us to be clear in terms of our current plans‚” Zondi said.

“We are starting our vision 2019; the players we are looking for and the roles that are important.

“There are key players who have done well at franchise level. The player we are discussing now [Zondo] has done well for his franchise for four years.”

But because Behardien wasn’t in the mix now didn’t mean he wouldn’t be in the second half of the series.

“We will be giving opportunities and increasing the pool‚” Zondi said.

“By the time it comes to 2019 we will have eliminated players who‚ in our minds‚ are part and parcel of our discussion. So this is a holistic approach in terms of giving opportunity.

“This squad is only for the first three matches. We know more or less what’s our starting XI‚ so it’s important that the guys who are in the squad and won’t be playing get an opportunity to understand our culture and be around the guys.

“After the third match we will sit and — regardless of whether the series is won or lost — we will give opportunity.

"We are not saying we’ve dropped Behardien and he’s not going to be part of the series.

Had Behardien been appraised of the selectors’ thinking?

“Absolutely. He knows that after the third game we’re going to sit as selectors and decide.”

Zondo was in South Africa’s squad in India in 2015‚ and was not selected for the XI even though JP Duminy was injured. Instead‚ Dean Elgar was flown in from home.

That stoked ire‚ particularly among black cricket followers — and it adds to the pressure to blood Zondo this time.

Lungi Ngidi is the other uncapped player in the squad‚ while Morne Morkel and Chris Morris return from injury.

Left-arm wrist spinner Tabraiz Shamsi‚ who played the last of his five ODIs against New Zealand in Hamilton in February 2017‚ is also back.

SA all-rounder Andile Phehlukwayo says they had a good outing on the opening day of the third Test on Wednesday after they bowled out India for 187 ...
Sport
4 years ago